MarkPad might be getting a little "long in the tooth" for a Code52 project but it is still one of the most actively developed projects we have.

If we go back to what we had going on day one, it'd be fair to say it was ugly - not an unusual situation with open source applications, particularly in the "v1" stage. 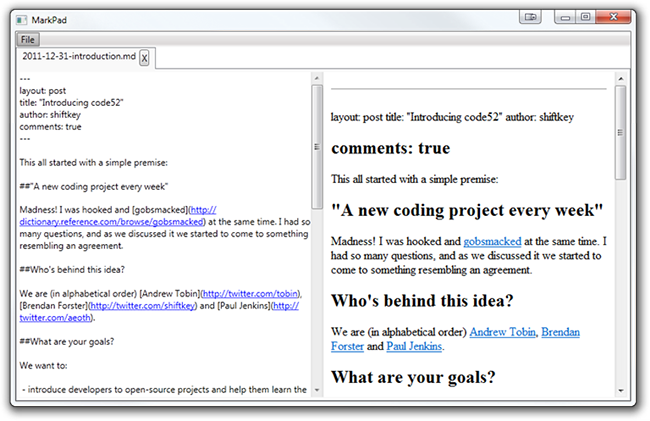 While we may not be designers or trained in the blackarts of UX, we've made a real effort to give UI/UX the respect it deserves.

While the UI is cleaner and dare I say it - prettier - what else has been going on in the land of MarkPad? A quick highlight

Once we get extensions (powered by NuGet!) and app updater going, MarkPad will be an unstoppable Markdown juggernaut!